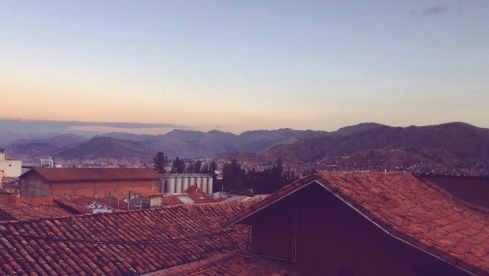 She doesn’t go to bars and she’s never been to this one. The bar she has entered is filled with magic. She’s failed to connect with the acquaintance she’s spending the evening with, so she orders a magic potion to drink. No sugar added.

He had been at a party with his best friend who was visiting him. He doesn’t remember how it happened, but he ended up sitting on a stool at the bar next to her. Neither of them knew how long they’d been there when he turned to her and asked, “Have you read about this magic?” At that exact moment they entered into a creative space of infinite possibilities where they could go anywhere that night together.

When she walked away from him she wondered if she met HIM. The next day when he asked to see her again, she wanted to tell him that she wasn’t ready, that it was too soon. But she didn’t. “How could I not be ready?” she wondered, “I’ve been waiting to meet someone like him my entire life”. Instead, she continued the dance of texting and late night phone calls, and pushed him away, slowly at first, but it turned into a cruel ordeal soon thereafter.

Fast-forward about six months. They’ve not spoken nor seen each other. Perhaps they remained curious, but no contact was made. She travels to a far away land to heal, for she thinks that the reason she pushed him away is deep, and she needs help to do so. She drinks a healing potion three times. The first time she drinks it, she releases all that has been holding her back her entire life. The second time she drinks it, he comes to her, joyful and smiling, wanting to be with her. Happily, they embrace for a long time. She tells him she has to finish her work but that she will return to him. Reluctantly, he leaves her. The third time she drinks the potion, she becomes a bird and flies to the mountain peak. It becomes official then – she has healed and is ready for the next elevation.

When she returns home, she reaches out to him. His reply suggests that he is unsure or uninterested. She doesn’t push. He visits her in a dream a few weeks later. They are together but there are many people watching them. One of the walls of the room of their bedroom is actually a stage. There is a play going on and he seems interested in watching it. She feels love because they are doing something together. She wakes up feeling hopeful.

It’s been over five months since her healed self returned home and reached out to him. No contact and yet he visits her in yet another dream. In this dream, they are sitting around a dining room table, outside in a green garden with many flowers on a warm, sunny day. It feels like late spring. The people sitting around the table feel like her family, and he is sitting with her and laughing with them. He serves her breakfast – farmer’s market butter and honey spread lovingly on a piece of bread made with love. She never told him that was her favourite breakfast growing up. She is moved to tears. He smiles at her and she wakes up. Oh, the grace, blessings, love, she feels on a soul level when she opens her eyes that morning – he said goodbye to her so lovingly. She sends a sincere prayer of gratitude to him.

His presence in her physical life was very short, yet he graced her with love that transcended the senses and reached her soul. He inspired her to heal. She learned that life is about allowing, not holding on. She is now flying.

The meeting of their souls was planned long before they saw each other, but their meeting started a new chapter in her life. A life of conscious commitment, to her Self, to honour her soul on every level, in every way, each and every moment, for the rest of her life.

The fairytale is over.

I suppose this is a commentary or a follow-up of my last post – poem, “Think about us….?” – I hope this gives you, the reader, some context and a deeper understanding of my beliefs and where that and my other writings come from.

First excerpt from a monologue I wrote and performed earlier this year:

My biggest lessons from unhealthy (platonic and non-platonic) relationships I engaged in in my past:

Last excerpt of the monologue:

“[It took me while to get here, but] I am a bird now. Flying high in the sky. In the direction where I want to go. With people who lift me and nurture my growth. And yes I’m still alone but I never once looked back. All that I remember now is what love doesn’t look like.”

I wish you peace, joy and love.