The Allowance of Change 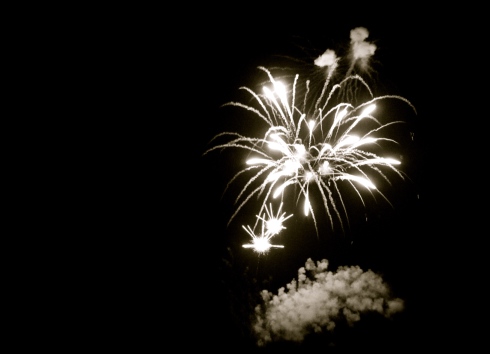 Happy New Year!!! As we enter this “newness”, perhaps we can entertain the idea of change. At 3am on January 1st, 2015, I had decided that then would be a great time to talk about it, so I posted a video and shared my thoughts. You can watch the entire thing here but here are a few thoughts from my brain to err your electronic computing device you’re reading this post on… 😀

We want things to change around us, in our life, our relationships, but we don’t allow or embrace for change of others or of our own Self, for that to truly happen. There is an interconnectedness between cause and effect; between who we are and the state of our lives. There is no way that something can change without something else being affected. But we have to be open to it. To allow it. To embrace it. In others, in our life, in ourSelves.

“I feel I change my mind all the time. And I sort of feel that’s your responsibility as a person, as a human being – to constantly be updating your positions on as many things as possible. And if you don’t contradict yourself on a regular basis, then you’re not thinking.” ― Malcolm Gladwell

There is something to be said about committing to a project or making a decision and staying true to it in its absolutism until we see it come to fruition or full resolution, however, when it comes to ideas, perception, thoughts…an absolutism ‘state’ does not allow for growth or even learning. We are HUMAN BEINGS. Being human does not equate to perfection or ideal or right or wrong. We are in a constant state of change – from our physical to our emotional states – we are not static. Even when we are absolutely still, there is movement of molecules and atoms in our bodies which we cannot even feel, but it happens. I have taken note of the fact that for many human beings, we get comfortable in being a certain way, in our routines, in thinking a certain way, in our perspectives. However, this form of existence, as comfortable as it is (and it is comfortable because it’s familiar), does not allow for certain lessons to be learned, for a growth (on mental, emotional, spiritual levels), which is necessary for LIVING. And I’m not saying that there is anything wrong with this nor am I passing judgement, but I am concerned if we aren’t receptive to hearing someone else’s point of view or idea and we aren’t thinking about it before we make any decision if we’re going to accept it, or reject it, or break it up into bits which seem “right” or “wrong” to us.

“It is the mark of an educated mind to be able to entertain a thought without accepting it.”― Aristotle, Metaphysics

It is also a concern of mine that, generally speaking, we group people as “good” or “bad” depending on how we’ve interacted with them. I know I’ve been guilty of this in the past. But the truth is, people’s actions and reactions are a reflection of their emotional, mental, sometimes spiritual states (and their level of stress), that they are in at that exact moment in time. We are all capable of making poor decisions. In fact, mistakes are the seeds of great life lessons for many of us. But we cannot apply an absolutism to a person for we, as human beings, truly are too complex for that. As beings with a capacity for sensory stimulation, we are also affected by whatever we are stimulated by visually, mentally, etc., which DOES affect our thoughts, beliefs, reasons, and such. There has to be room for us to say “there walks someone who made a poor decision but they’re still a human being”.

“I don’t know if I continue, even today, always liking myself. But what I learned to do many years ago was to forgive myself. It is very important for every human being to forgive herself or himself because if you live, you will make mistakes – it is inevitable. But once you do and you see the mistake, then you forgive yourself and say, ‘Well, if I’d known better I’d have done better,’ that’s all. So you say to people who you think you may have injured, ‘I’m sorry,’ and then you say to yourself, ‘I’m sorry.’ If we all hold on to the mistake, we can’t see our own glory in the mirror because we have the mistake between our faces and the mirror; we can’t see what we’re capable of being. You can ask forgiveness of others, but in the end the real forgiveness is in one’s own self… The real difficulty is to overcome how you think about yourself. If we don’t have that we never grow, we never learn, and sure as hell we should never teach.” ― Maya Angelou

(NOTE: Of course, I do not condone actions, thoughts, and intentions which hurt people – physically, mentally, emotionally – EVER. But the history of the world has marked perhaps a few hundred, and if we’re being generous we’ll say a thousand, names of people who have done despicable things to other human beings on a large-scale, in all of the history of humans. It was counted that there have been 108  BILLION humans who have walked on Earth, and 7 billion exist today. If you do the math, most humanity is not all that bad. And even the ones who intentionally hurt other people have had a few good thoughts or ideas, I’m sure. For we each have the capacity to do good or bad. Therefore it is a matter of choice. )

I’d like to end this post by extending a big thank you to every single person, in my life, who has made allowance for my own change, for your support, has added altitude to my own flight. Namaste.

A page from my journal entry:

I spoke with my sister this evening and I recalled a memory my mom shared with me, of me, when I was a child. My mom described me as this little girl who just did not want to go into the sandbox with the other kids, to play and get dirty, but would instead cross my hands behind my back and observe the other kids playing. It’s an image that parallels a lot of the struggle I experienced as an adolescent, a young woman and an adult in my friendships and relationships with others. I was the observer who didn’t really feel that I BELONGED anywhere, and instead observed others and their interactions, but was somewhat scared of being ‘known’ so I simply kept my true self hidden from others. It wasn’t until recently that I thought about displacement as a result of war (I am from former Yugoslavia, the region of Bosnia), and what that truly did for my spirit, understanding of self and others, my lack of the sense of belonging anywhere, and its effect on any relationship I attempted to participate in, that it dawned on me… THE one thing I thought I wanted, truly wanted, was the one thing I was truly afraid of – BEING LOVED.

I was afraid of being loved.

Why? Well I did not love or like mySelf for a long time, which is a starting place for reflection. But when I looked into it deeper, I realized that: 1. being loved means that someone is making a ‘commitment’ to me which they may not be able to maintain consistently; and 2. that would involve vulnerability on my end, and on that person’s end, and I simply wasn’t comfortable with it. That basic human essence – birthplace of creativity, love, nurturing and mindful relationships, a true display of courage – was very uncomfortable for me.

Why was it uncomfortable? Why is being vulnerable so scary? Because you put your true Self in the spotlight, on display and it may not be everyone’s ‘cup of tea’, so you open your Self up to criticism, rejection, ridicule… Except when you decide to face your fear, be vulnerable in showing who you really are, you find that people respect you more and are more accepting OF you. And that’s love.

So I’m stepping forth on my intentions of building mindful, respectful, nurturing, loving relationships, and allowing mySelf to simply BE ME, my true self, in all situations and people I encounter.

That does not mean that everyone deserves, or will be given, a backstage pass to my life, but it does mean that the right people will be invited to know ME.”

In order to get a hug, you must give a hug…

I am sad for you.

It seems apparent to me now,

that you are not a person of your word…

the words which left your mouth

when we used to talk were really empty…

no real meaning except

to fill the silence which

you didn’t know how to live with.

I don’t know how someone can be so cold,

to pass by someone

who shared their time with you,

let you into their life,

and you pass right by them and say nothing?

The only logical explanation

is that you really never cared at all.

You just filled up the silence

with words you never meant.

But now the silence is loud…

because the person who let you in,

has said a silent Good Bye.

You have hurt them,

more than they’ll ever let you know,

but it will always show

for, unlike you, they had feelings

and cared for real.

I hope you find peace in this place

within which you’ve isolated yourself.

It’s ironic that this poem exists

for you never wanted to become

a topic or a reason

for me to write this.

It must be hard looking in the mirror every day

except I doubt you’ve spent much time

with the person who looks back at you

with those sad, lonely eyes.

You hide it well behind that beautiful smile,

but I wonder how long you’ll keep doing that?

Never dealing with any of it?