I heard those words a few weeks ago and they truly were the most poetic thing I had heard that day. In the context of the conversation to which they were offered, perhaps it was a reference to food, but they resonated much deeper. See, in all things we choose to do, the people we interact with, the time we spend doing things which make us happy, the foods with which we nourish our bodies, I recognize that we do in fact feed ourselves on different levels. Spiritual, mental, emotional, physical states of being are deeply interconnected, in my experience and opinion. It’s not so much that one aspect of our being feeds the other, it’s that all feed and depend on each other for its wellbeing. It’s deep, right?

The state of our world is a concern for myself and many others – the way that we hurt each other and the reasons with which we excuse hurting each other, is simply wrong. The words we speak and the acts we commit, make me think about what it is that we, as human beings, reflect in those behaviours. Are we actually saying that we truly hate another, or do we hate ourselves so much that we don’t have the capacity for acceptance or love of another? I do not think that I have an answer to that question that doesn’t require pages of discussion involving psychology, history, philosophy, spirituality, emotional and mental health, our societal norms and pressures, in the hopes of even touching on a plausible explanation, although I will say that I believe that our lack of love for our own Selves has been the root of much of the chaos reported on the internet, newspapers, radio and news channels as of late.

But in all the ways that we intentionally hurt another, we also mark others with scars. We may think that we don’t, but we do. And those scars affect not just the person who bears them, but all the people they interact with. How I understand scars is a reflection of my personal experience and knowledge, although it may resonate with you.

Scars are not erasable. They may look less noticeable with time, care and healing, but a scar will never be exactly like the space it inhabited. The scar will tug at certain parts of your being you’ve tried to put aside or forget, a memory often triggered unintentionally by a song, a word, a photo you come across, which brings back the feelings, ALL the feelings, interwoven in the scar. Maybe those feelings no longer take you on an emotional rollercoaster ride like they once did, but you still FEEL it. That’s hard for anyone to fully accept or make peace with – for the ones bearing the scar and the one seeing it, trying to understand it. Because you cannot possibly explain or articulate why that scar is there, who scarred you, why it still affects you although you’ve forgiven and let go, that doesn’t take both people there. And that scar could have many names – death, rape, verbal/physical/mental abuse, racism, sexism, murder… – all translating to one thing: p a i n . You may not acknowledge it as that, but it is how we, human beings, process it. 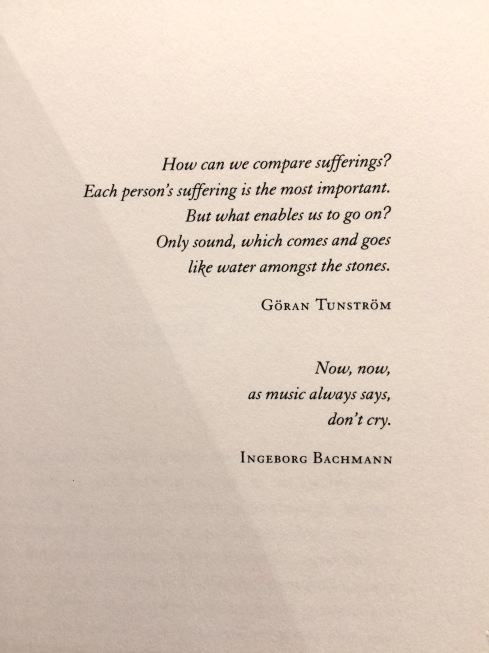