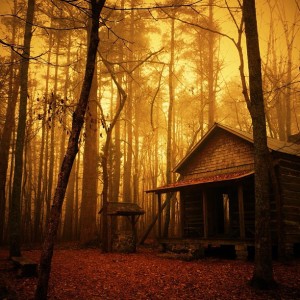 Are you scared of me?

Or am I scared of you?

In this moment, I’m not sure what to do.

I feel at a crossroads of sorts…

what my mind directs it to

and all of these emotions and feelings

I find them overwhelming.

I want to let go and move forward

but it seems my every step forward is blocked.

It’s as if I cannot keep going

until I acknowledge what I’m feeling.

Until I give them a channel to leave.

And I’m not sure what that channel is exactly…

Is it in my dance?

Maybe the key is in all of those,

and I guess I won’t know

unless I open up a channel,

and allow these feelings to flow.

I may need your hand,

for I’m not sure I’m all that strong

to feel what I’ve buried deep within

I don’t know how I’ll react,

or where I’ll go,

where it will lead me,

But I’ll come and find you

for you, my dear soul,

Tomorrow’s promise is brighter than you know.

“It always comes back to the same necessity: go deep enough and there is a bedrock of truth, however hard.”~May Sarton

For a long time, I wasn’t sure what feelings were actually made up of…

Was it of star dust or much smaller particles?

Like the atom, for example, with its nucleus of positive, in a cloud of negative charges

Kind of like energy which you can’t see or touch,

Which can’t be destroyed or created,

Simply transferred or change forms, so much so that I often wonder –

Whose feelings am I channeling?

And are they well placed within my element of returning grace??

As I put them on a low shelf for they’re too heavy for travelling,

And too big to sit down with, discover and understand.

But it’s hard for a man, or another woman, but especially for a man,

So I’ve learned not to bring it up in a conversation over tea or dinner,

During a game of seduction, which is lead by hormones, not feelings, and mood lighting, not meanings.

So I take all that to a place where others speak their own truth,

Simply to be able to FEEL.

A strong wind of change
Is blowing my way
And it’s making my every step
Much harder to take
I have to take many deep breaths
Lots of small rests
Even turn my back to it at times
But it catches the space
Between my shoes and the ground
Lifting me gently in the direction
Which I actually need to go
And when I find myself
In a peaceful place
I take a moment to look around
And I am scared by this strange place
So I turn around and start running back…
Only to find the wind at the gates
Of my old space
As if it’s guarding my memories
And all the things I can’t go back
To re-live or erase
So I’m left with a choice
To fight the wind and postpone the change
Or start exploring this strange
Peaceful place….
If you were me, what would you do?
I won’t be able to bring everyone with me to this new place
And I’m not sure that some would even be ready to go there
Yet I long for a familiar face and a warm embrace…
I won’t rush to find my space
In this unfamiliar place
But I know that I will embrace this change
As I take one last look
At the wind who saved me
From the troubles of my old heart space.